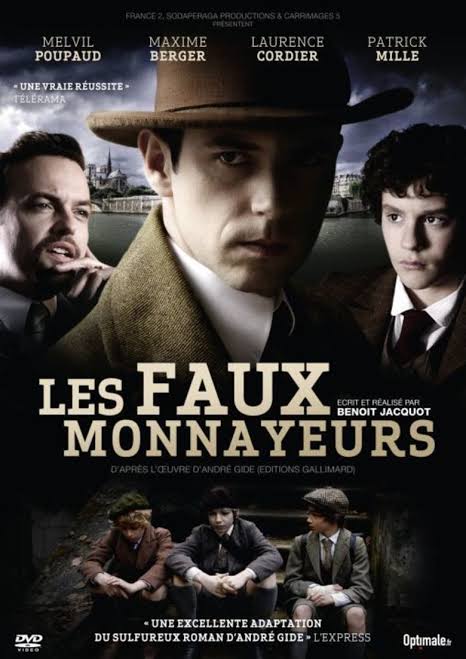 The Counterfeiters a French movie starring Melvil Poupaud among others. It is based on French writer Andre Gide book of the same name. Gide won the Nobel prize for literature in 1947. The movie has no beginning and no end, no story. Its mostly like a counter culture movie looking at the fakeness in the society. It moves on various levels with Melvil being involved with his nephews while a school master is yearning for his long lost grandson. One of his nephews is involved in an affair with a girl much older to him, she marries another guy and bear this nephew’s child. Another nephew is off onto something with an older man. Difficult movie to understand. There are undercurrents of homosexuality throughout the movie.